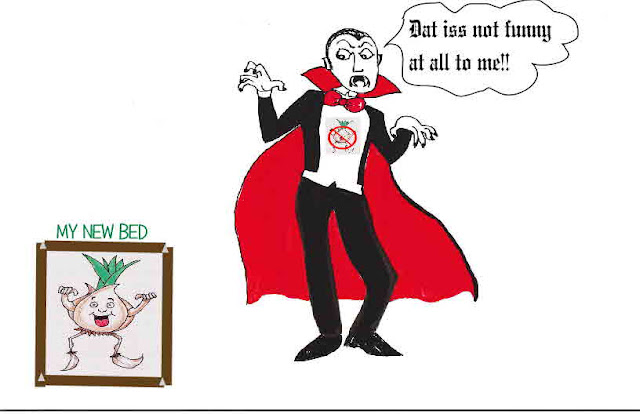 Our first attempt at growing garlic last year in our 4'x4' garden box yielded 100 heads of garlic which we considered a success. We made a few mistakes, but still managed to learn a lot from them and decided it was worth the effort to give it another try. 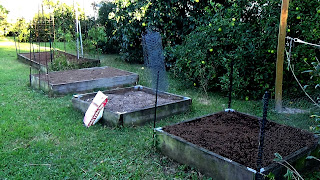 Once we got everything ready to go, we decided that since the old garden box was falling apart and wasn't holding up as well as the newer "neighbor" boxes that were all freshly planted with our usual choice of veggies, we needed to retire this one and build a new bed for the garlic.

You can see for yourself that the 15 year old box was rotting and pulling apart. We talked and thought and prayed and decided to build the new one 4'x6' to give ourselves more garlic, seeing how we are fast using up those 100 bulbs (yep, we do love our garlic). It's the same size as Peg's herb garden right next to it. 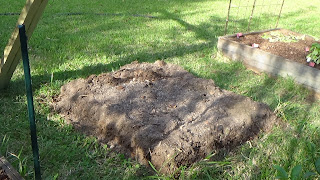 It was pretty easy pulling away the old crumbling wood, and once we got the old box from around the bed it became obvious the soil had was in bad need of fresh soil, wouldn't ya say? 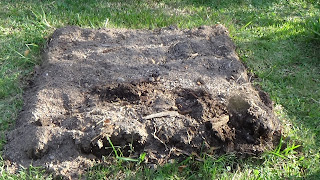 Peg and I cut up the old boards with my recip  and stacked them to be honored later in the firepit as we enjoy the cooler Fall weather we've been waiting so long for.
Next, we set up the sawhorses and set to work building the new garlic bed. For this project we bought 2, 2"x12"x 12 foot long heavy oak boards. 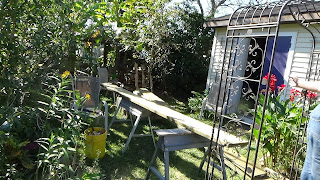 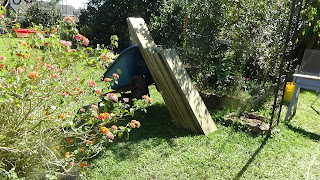 While we were at it, we also cut the wood for a 4'x4' box...but that's another project. 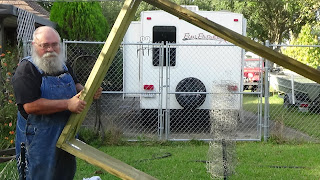 We put the box together, making sure it was going to be very sturdy; each corner has 3, 3" screws, and the tops of the corners all have a galvanized brace with 12, 1/14" screws and a bottom angle brace with 6 1/14"screws.  That all might be TMI for some of the readers, but people ask, if we don't tell 'em what we did. The heavy box can be rolled, or dragged, (your choice...I kinda did both) and moved, and will still firmly hold it's shape as can be seen in this picture and video.
Not the easiest of chores for a chubby ol' Cajun, but I rolled/dragged the box in place and laid it down then adjusted it a little. Peggy hadda shovel dirt from under the frame as I held it up one side at a time, but we finally got it in place.
Then we filled it with dirt from our compost pile, added some Miracle Grow Garden Soil that we found on sale and some peat moss. 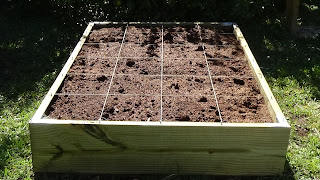 I drove nails all around the box in 1 foot increments and strung the box with nylon string to 'grid' the square foot sections. 24 square feet. This helps us place our plants and seeds more accurately.
Peggy and I planted 9 garlic toes per sq. foot in the whole bed. Yep, 216 garlic "piggies", she called 'em. 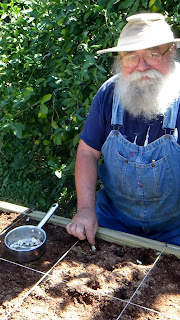 Once the whole bed was planted, I said a prayer over it; a garden task complete. Now it was out of our hands. 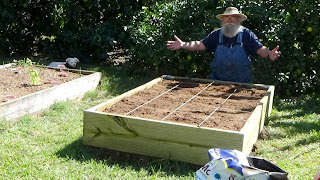 It's been 2 weeks already and now look! many of the garlic plants reaching for the Fall sunshine. How about that. 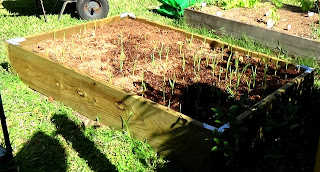 I am very excited to say:  Here we grow again! 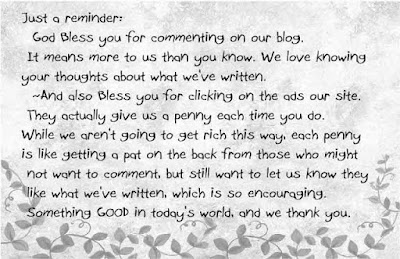